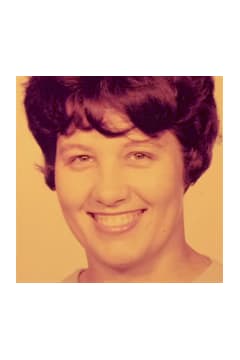 Mrs. Anita Carolyn Bryant Waldrop, 78, of Villa Rica, Georgia passed away Monday, May 25, 2015 at Tanner Medical Center in Villa Rica. She was born December 17, 1936 in Clayton County, Georgia, the daughter of the late Mr. Rufus Henry Bryant and the late Mrs. Elna Beatrice Speir Bryant. She retired from Bear Automotive as an administrative assistant. She was a good communicator and a giving person. She was devoted to family and especially enjoyed the time and memories she made with her children, grandchildren, and great-grandchildren. She was a Christian by faith, loved her Lord and Savior, Jesus Christ, and was a regular attendee of Victory Baptist Church in DouglasvilleIn addition to her parents, she was preceded in death by her husband, D. Fred âDocâ Waldrop; and a sister, Julia Bryant. She is survived by one daughter and son-in-law, Caryla and Rev. James Cook of Dallas; sons and daughters-in-law, Donald and Sherri Head of Concord, NC and Neil and Trish Hede of Conway, AR; sisters and brothers-in-law, Jeannine and George Nash of Stone Mountain and Rheba and Gerald Keller of Hiawassee; brothers and sisters-in-law, David and Beverly Bryant of Union City, William âBillâ and Arlis Bryant of Griffin, and Paul Bryant of Zephyrhills, FL; sister-in-law, Mrs. Betty Waldrop Kimball of Lithia Springs; nine grandchildren; thirteen great-grandchildren; many nieces and nephews. The family will receive friends at Jones-Wynn Funeral Home in Douglasville, Wednesday, May 27, 2015 from 5:00 PM until 9:00 PM. Funeral Services will be conducted Thursday, May 28, 2015 at 2:00 PM at the Chapel of Jones-Wynn Funeral Home in Douglasville with Pastor James H. Cook, Jr. and Rev. Mike Sigmon officiating. Interment will follow at Meadowbrook Memory Gardens in Villa Rica. Flowers accepted or if youâd prefer in lieu of flowers, memorial contributions may be made to Victory Baptist Hymn Book Music Fund, 4414 Highway 92 & 166, Douglasville, Georgia 30135. Messages of condolence to the family may be sent at www.jones-wynn.com. Jones-Wynn Funeral Home & Crematory of Douglasville is in charge of arrangements. 770-942-2311

Honor the life of Anita Waldrop

Please share a condolence, photo or memory of Anita. We welcome all condolences that are positive and uplifting that will help family and friends heal.