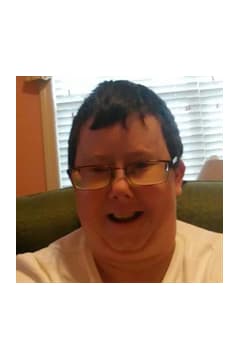 LaRae LivelyMiss Amy âLeRaeâ Lively, age 44, of Douglasville, Georgia passed away Thursday, December 10, 2015. On November 28, 1971 the world became a brighter and more joyous place with the arrival of Amy LeRae Lively. Born to the late Thomas Mack and Shelby Pool Lively, LeRae completed the trio of sisters with April (David) Wright and Kelly (Bill) Dyar. While LeRae was initially challenged with health problems that required several surgeries, she never failed to brighten the day of anyone she met. In addition to being a daughter, sister, and aunt, LeRae took great pride in being an employee of Publix (Lee Road). Customers of her store were her friends, and she never forgot a face or name. Known as somewhat of a social butterfly, she found great pleasure and challenge as a Special Olympian. Over the past several years, LeRae traveled throughout the state, earning multiple gold, silver, and bronze medals in bocce and basketball skills. She was a graduate of Lithia Springs High School, and took great pride in being a Lion. LeRae was a member of County Line Baptist Church, and was known for faithfully inviting people to join her in worship. Even in her last few hours of life, she was heard inviting people to come to her church. She loved Jesus, her Savior, and wanted you to know and love Him too. LeRae was preceded in death by her father, and is survived by her mother, sisters, brothers-in-law, nephews Joshua Dyar, Jackson Wright, and Stephen Dyar, and nieces Hannah Dyar and Rebekah Dyar. The family would also like to acknowledge all of her friends and fellow athletes. In lieu of flowers, the family requests donations to either Douglas County Special Olympics or County Line Baptist Church Property Fund. The family will receive friends at Jones-Wynn Funeral Home in Douglasville, Saturday, December 12, 2015 from 4:00 PM until 8:00 PM. Funeral Services will be conducted Sunday, December 13, 2015 at 3:00 PM at the Chapel of Jones-Wynn Funeral Home in Douglasville with Brother Dwayne Martin officiating and her sisters, April Wright and Kelly Dyar providing eulogies. Musical selections will be led by Chuck Wolf. Interment will follow at County Line Baptist Church Cemetery. Messages of condolence to the family may be sent at www.jones-wynn.com. Jones-Wynn Funeral Home & Crematory of Douglasville is in charge of arrangements. 770-942-2311

Please share a condolence, photo or memory of Amy LeRae. We welcome all condolences that are positive and uplifting that will help family and friends heal.