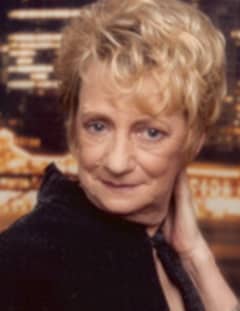 Mrs. Amy Marie Lester Dowdy, 76, of Douglasville, Georgia passed away Thursday, May 8, 2014. She was born August 23, 1937 in Homestead, Tennessee the daughter of the late Mr. Frederick Floyd Lester, Sr. and the late Mrs. Edie Daugherty Lester. She worked as a greeter for Wal-Mart. She loved playing Bingo, Uno and the Georgia lottery. She was an avid sports fan enjoying the Tennessee Football âVolsâ, Denver Broncos, and enjoyed cheering for her great nephew who is a pitcher for the St. Louis Cardinals. Mrs. Dowdy was devoted to her family and when raising her five children she kept them involved in extra curricular activities. She loved to paint, crochet and cook wonderful meals for those she loved. She crocheted cross bookmarkers for all of her caregivers. She spent her final days surrounded by family and had the precious gift of having her family near her before passing away. Her final request to her family was for them to dance and not to weep. In addition to her parents, she was preceded in death by her husbands and the fathers of her children, Stephen Scott Stewart, Sr.; second husband, John Henry Dowdy; sisters, Freda Lorene Lester and Eileen Edmonds; and a brother, Frederick F. Lester, Jr.She is survived by one daughter and son-in-law, Tina and Grady Boggs of Douglasville, GA; four sons and daughters-in-law, Stephen Scott Stewart II and his fiancé, Joyce Isaacs of Brookfield, Missouri, Frederick Craig Stewart and his fiancé, Sherrie Patierno of Woodstock, GA, Todd Kent and Monica Warner Stewart of Murfreesboro, TN, Johnathan Israel Dowdy of Douglasville, GA; two sisters and brothers-in-law, Veda and James Webb of Crossville, TN and Lera and Dick Schrock of Brownsburg, IN; two brothers and sisters-in-law, Wendel Lester and Gwen Thompson of Crossville, TN and Charles and Margelene Lester of Crossville, TN; ten grandchildren, Shannon Stewart, US Air Force England, Sierra Stewart of Brookfield, Missouri, Mykisha Tai Stewart of Douglasville, GA, Chynna Tierra (Tia) Stewart of Douglasville, GA, Zachary Stewart U.S. Marine Corp of Knoxville, TN, Camille and Kevin Walkup U.S. Army of Germany, Chasity Nichole Dowdy, Brittany Nichelle Dowdy, Jacob Grady Boggs, and Erin Marie Boggs all of Douglasville, GA; one great-grandchild, Gage Eldridge of Douglasville, GA; several nieces and nephews. Memorial Services will be conducted Monday, May 12, 2014 at 2:00 PM at the Douglasville First United Methodist Church, 6167 Prestley Mill Road, Douglasville, GA 30134 and Wednesday, May 14, 2014 at 1:00 PM at Bilbrey Funeral Home, 76 East Adams Street, Crossville, TN 38555. Burial at Green Acres Cemetery in Crossville, TN to follow the memorial service at Bilbrey Funeral Home. In lieu of flowers, memorial contributions may be made to Cumberland Homestead Tower Association, CHTA98, In Memory of Amy Dowdy, Highway 68, Crossville, TN 38555. Messages of condolence to the family may be sent at www.jones-wynn.com. Jones-Wynn Funeral Home & Crematory of Douglasville is in charge of arrangements. 770-942-2311

Honor the life of Amy Dowdy