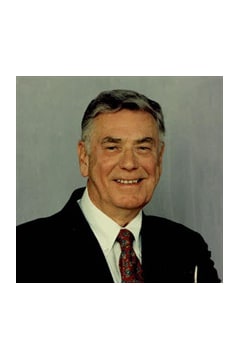 Mr. Alvin B. Crockette, 94, of Douglasville, Georgia passed away Wednesday, December 31, 2014. He was born December 15, 1920 in New Orleans, Louisiana, the son of the late Mr. Alvin Crockette and the late Mrs. Daisy Scherer Crockette Tate Dixon. He was a veteran of the United States Army and retired from the New York Police Department as a detective. He was a member of St. Theresa Catholic Church in Douglasville. He is survived by his wife, Rosemary Brink Crockette of Douglasville, Georgia; daughter, Josie N.C. McCrave of Glenwood, Iowa; sons and daughters-in-law, Alvin Jr. and Patricia Crockette of Tucson, Arizona and Lee D. and Debbie Crockette of Fremont, New Hampshire; five grandchildren; eight great-grandchildren. The family will receive friends at Jones-Wynn Funeral Home in Douglasville Saturday, January 3, 2015 from 2:00 PM until 4:00 PM and from 6:00 PM until 8:00 PM and Sunday, January 4, 2015 from 2:00 PM until 4:00 PM and from 6:00 PM until 8:00 PM. A rosary service will be conducted at 7:00 PM Sunday. Funeral Mass will be conducted Monday, January 5, 2015 at 10:00 AM at St. Theresa Catholic Church in Douglasville with Father Cong Nguyen officiating. Messages of condolence to the family may be sent at www.jones-wynn.com. Jones-Wynn Funeral Home & Crematory of Douglasville is in charge of arrangements. 770-942-2311

Honor the life of Alvin Crockette

Please share a condolence, photo or memory of Alvin. We welcome all condolences that are positive and uplifting that will help family and friends heal.