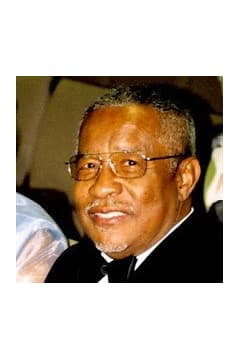 Alonzo Mitchell Mallette, Jr., also known as âAlâ was born in Jacksonville, Florida on May 25, 1932m to Leona Slaney and Alonzo Mallette, Sr. He was born the oldest of five children. He fell asleep in death on May 18, 2017Alonzo grew up in Savannah, Georgia, where he also attended school. After completing school, he moved to Cleveland, Ohio, where he met the love of his life, Janice Letcher, and they were married on September 25, 1954. They are parents to six children, Alonzo M. Mallette, II, (wife: Dorneitha); Michelle A. Allen, Barbara L. Mallette, Van A. Mallette (wife: Teresa); Brenda L. Johnson and Dale M. Mallette (wife: Debra).Prior to starting his work career, Alonzo served in the United States Armed Forces and received an Honorable Discharge in January, 1963. He was employed for 38 years with The Ford Motor Company in Brook Park, Ohio, and retired. Upon retirement, Alonzo and Janice moved to Carrollton, Georgia.Alonzo was certainly conscience of his spiritual needs and began attending the Kingdom Hall of Jehovahâs Witness with his wife. He also accepted the Truth and demonstrated his support to Godâs Kingdom in his daily life. Alonzo also believed in the resurrection and looks forward to seeing all his family and friends in the promised paradise.Alonzo was a very hard working and industrious person. He enjoyed working on cars, landscaping, and do chores around the home. He loved the outdoors. During leisure time, he would go fishing and traveling. His generous and war spirit will be missed by family and friends. He was preceded in death by his mother, Leona Slaney, father, Alonzo Mallette, Sr. and younger brother, Irvin Mallette.He is survived by two sisters, Frankie Lee Langs, Gloria Jean Williams, and brother, Bobby Carter and his six children. He will be missed by his beloved wife, Janice and his children, grandchildren, great grandchildren, nieces and nephews, and his spiritual family in faith, and many dear friends. The family will receive friends at Jones-Wynn Funeral Home in Villa Rica, Saturday, June 3, 2017 from 12:00 PM until 1:30 PM. Memorial Services will be conducted Saturday, June 3, 2017 at 2:00 PM from the Chapel of Jones-Wynn Funeral Home. Messages of condolence may be sent to the family at www.jones-wynn.com. Jones-Wynn Funeral Home, Inc. and Cremation Services of Villa Rica in charge of arrangements 770-459-

Honor the life of Alonzo Mallette

Please share a condolence, photo or memory of Alonzo. We welcome all condolences that are positive and uplifting that will help family and friends heal.