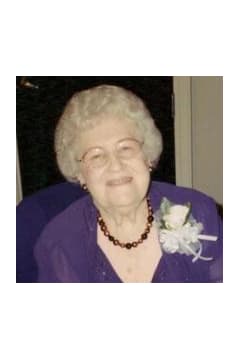 Mrs. Allie Imogene âJeanâ Ragsdale Price, age 92, of Lithia Springs passed away Sunday, October 23, 2011. She was born in Dallas, GA, June 28, 1919 the daughter of the late Mr. Joseph Franklin Ragsdale and the late Mrs. Myrtice Parker Ragsdale. She was a Bookkeeper for many years and last worked for Georgia State Bank. She was a beloved mother, grandmother, great-grandmother, and homemaker who after retirement lovingly cared for her parents and grandchildren. In addition to her parents, she was preceded in death by her husband Charles Franklin Price in 1997 and son, Captain Charles Eddie Price in 2007, three brothers, and one sister. She is survived by her daughters and sons-in-law Barbara and Tommy Fuquea of Douglasville; Susan and David Davidson of Douglasville; five grandchildren, Shelley and Jeff Smith of Douglasville, Craig Price of Douglasville, Kristi and Shan Layman of Winston, Jeremy and Shannon Davidson of Winston, and Corey and Keri Davidson of Adairsville; nine great-grandchildren. Several nieces and nephews also survive. Funeral Services will be conducted Tuesday, October 25, 2011 at 11:00 AM at the chapel of Jones-Wynn Funeral Home in Douglasville with Rev. Jerry Adair officiating. Interment will follow at Sunrise Memorial Gardens with the following serving as pallbearers, David Davidson, Jeremy Davidson, Corey Davidson, Jeff Smith, Chris Nichols, Chandler Davidson, Cameron Smith and honorary pallbearers, Carter Smith and Mavrick Davidson .The family will receive friends at Jones-Wynn Funeral Home in Douglasville Monday, October 24, 2011 from 5:00 PM until 9:00 PM. Messages of condolences may be sent to the family from www.jones-wynn.com. Jones-Wynn Funeral Home, Inc., Cremation Services and Memorial Gardens in Douglasville in charge of arrangements. 770-942-2311

Honor the life of Allie Price

Please share a condolence, photo or memory of Allie. We welcome all condolences that are positive and uplifting that will help family and friends heal.