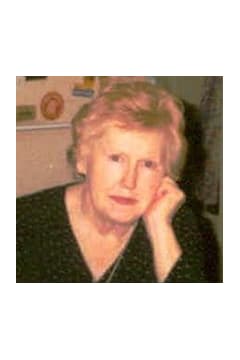 Maxine FieldsMrs. Alice Maxine Farr Fields, age 76, of Temple, Georgia passed away Saturday, April 9, 2016 at her residence. She was born July 29, 1939 in Villa Rica, Georgia, the daughter of the late Mr. Rader Jefferson Farr and the late Mrs. Martha Elizabeth Spinks Farr. She retired as a nurse and was a member of Concord Baptist Church in Temple. She was devoted to family and especially enjoyed spending time with her grandchildren and great-grandchildren. She loved flowers. In addition to her parents, she was preceded in death by her husband, James Lovie Fields; grandson, Scott Tolbert; and a sister, Betty Smallwood. She is survived by her daughters and sons-in-law, Connie and Steve Adams of Temple, Alisa Dickson of Temple, Wanona Cheatwood of Villa Rica, and Lydia and Ronald Prather of Villa Rica; two sisters, Dorothy Coker and Marvene Bice both of Villa Rica; two brothers and sisters-in-law, Jeff and Jackie Farr of Anchorage, Alaska and Roger and Jane Farr of Villa Rica; 11 grandchildren; 13 great-grandchildren; numerous nieces and nephews. The family will receive friends at Jones-Wynn Funeral Home in Villa Rica, Sunday, April 10, 2016 from 4:00 PM until 8:00 PM. Funeral Services will be conducted Monday, April 11, 2016 at 1:00 PM at Concord Baptist Church in Temple with Rev. Don Rackley officiating. Interment will follow at Concord Cemetery in Temple. The following will serve as pallbearers: Shane Cheatwood, David Adams, Stephen Adams, Jr., Jeffery Smallwood, Nathan Prather, Randy Fields, Perry Coker, and Jason Bice. Serving as honorary pallbearer will be Christopher Robinson. Messages of condolences to the family may be sent at www.jones-wynn.com. Jones-Wynn Funeral Home and Cremation Services of Villa Rica is in charge of arrangements. 770-459-3694

Please share a condolence, photo or memory of Alice Maxine. We welcome all condolences that are positive and uplifting that will help family and friends heal.