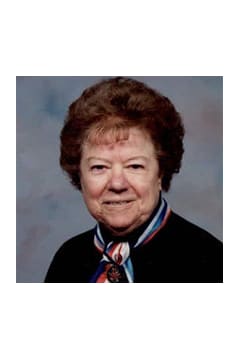 Mrs. Alice Pearl Henkel, 106, of Douglasville, Georgia passed away Tuesday, April 10, 2018. She was born December 16, 1911 in Chelmsford, Massachusetts the daughter of the late Mr. Abbott Emery and the late Mrs. Annie White Emery. She was a member of the Seventh Day Adventist. In addition to her parents and siblings, she was preceded in death by her husband, Edward August Henkel Sr. and her son, Edward August Henkel, Jr. She is survived by a daughter, Barbara Allen of Boynton Beach, FL; several grandchildren and great-grandchildren; and one great-great grandchild. Graveside services will be held at a later date at Rock Creek Cemetery in Washington, DC. Messages of condolence to the family may be sent at www.jones-wynn.com. Jones-Wynn Funeral Home & Crematory of Douglasville is in charge of arrangements. 770-942-2311

Honor the life of Alice Henkel

Please share a condolence, photo or memory of Alice. We welcome all condolences that are positive and uplifting that will help family and friends heal.