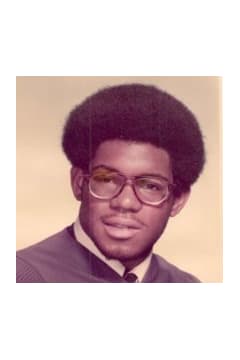 Mr. Albert Frederick âRickyâ Sawyer, Jr., 54, of New York, New York passed away November 22, 2013. He was born February 4, 1959 in Jamaica, New York the son of Mrs. Vivian Brown Connell and the late Mr. Albert Frederick Sawyer, Sr. As a child it was clear that Ricky was extremely intelligent. He was skipped in elementary school from 2nd to 4th grade. Ricky enjoyed many extra-curricular activities that included little league baseball, football and wrestling. He was a Cub Scout and later became a Boy Scout with Boy Scouts of America. He won many awards and enjoyed many achievements within the Scouting Organization. Ricky attended Stuyvesant High School (one of the top 3 high schools in NY) that require academic tests to be able to attend. He graduated from Stuyvesant HS as Salutatorian and due to his high S.A.T. Scores received many scholarship offers from IVY League universities such as: Harvard, Princeton, St. John’s and many other prestigious universities. Ricky elected to go to St. John’s University in Queens NY where he could live at home and attend school. While at St. John’s Ricky pledged and was accepted into the brotherhood of Omega Psi Phi. He was also the president of the Afro-American club both at Stuyvesant HS and at St. John’s University. Ricky was known throughout the community as a warm, lovable, loyal friend and mentor to many of the youth who needed a positive role model. He counseled teens and troubled youths and encouraged them to live a clean life, free of drugs and alcohol. There are many young men who still credit Ricky with taking time to become a role model for them to use education as a way to achieve their goals. As an adult Ricky enjoyed music and began lessons on guitar, he loved to read and was a sci fi film buff. Ricky enjoyed working with computers and other electronics. He enjoyed interacting and blogging on line as well as publishing videos regarding world events. Survivors: His mother; Vivian Sawyer Connell, of Douglasville, GA and Karen Denise Sawyer of Douglasville, GA and Valerie Diane Holiday of Odenton, MD and two nieces, Maya and Simone Holiday and many cousins; Reesa Reynolds, Denise Johnson, Alanna Brownlee, Russell Gilliam (Mattie),Deborah Gilliam, Elaine Dunbar(Paul)Lisa Dunbar, Larry Dunbar, Marian Williams, Handel Williams, Barry Bond, Mignon Jones, and Robin White. His Godmother; Martha Williams; his god-brothers, Brian and Kevin Williams; god-sister Lori Cobbs. A memorial service in celebration of his life will be conducted Sunday, January 12, 2014 at 1:00 PM at the Chapel of Jones-Wynn Funeral Home in Douglasville. The family will receive friends at the funeral home on Sunday, January 12, 2014 from 12:00 Noon until 1:00 PM. Messages of condolence to the family may be sent at www.jones-wynn.com. Jones-Wynn Funeral Home & Crematory, Inc. of Douglasville is in charge of arrangements. 770-942-2311