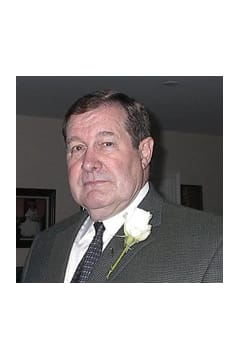 Adrian Dorsey McCravy, 76, passed away on Tuesday, July 21, 2015 after a year long battle with Acute Myeloid Leukemia. He was at home in hospice care with his wife, Carolyn by his side. After 24 years, Adrian retired from the Georgia Bureau of Investigation. Prior to being an agent with the GBI, Adrian was an ordained minister and served in the United States Air Force. He was a graduate from West Fulton High School.He leaves behind to cherish his memory, his wife of 24 years, Carolyn McCravy, a son, Mike (Kim), daughter, Angela. Four grandchildren, Marcus (Jill), Michelle (Josiah), Kristina and Austin; three great grandchildren: Carson, Cayden, and Hannah He is preceded in death by his Father, Mother, sister and Renee McCravy Dean.A memorial Service will be held on Wednesday, August 12, 2015 at 10:00 AM at the Church at Chapel Hill located at 5357 Chapel Hill Road, Douglasville, Ga. 770 489-5990.

Honor the life of Adrian McCravy

Please share a condolence, photo or memory of Adrian. We welcome all condolences that are positive and uplifting that will help family and friends heal.