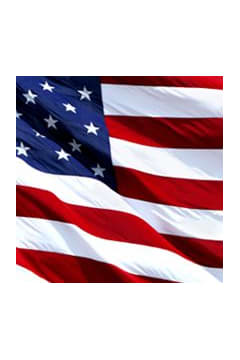 Mr. Abner Earl Avirett, 85, of Lithia Springs, Georgia passed away Saturday, August 29, 2015 at Hospice Atlanta. He was born November 9, 1929 in Cedartown, Georgia, the son of the late Mr. Homer Pelham Avirett and the late Mrs. Katie Inez Miller Avirett. He had to quit school early to help his parents farm, then he volunteered for the U.S. Army and was sent to Korea during the Korean Conflict. After his honorable discharge, he earned his B.B.A. in Accounting from Georgia State University. Mr. Avirett spent his entire career at Oxford Industries, beginning as an accountant and ending as the Treasurer and Controller. He was a pool shark and golfer, an avid and varied reader, cigar smoker, and a life-long Ernest Tubb fan. He was a fun-loving man who loved children and was adored by everyone for his dry wit and sweet personality. In addition to his parents, he was preceded in death by his siblings, Wallace, Murray, Malcolm, and Helen. He is survived by his wife, Callie Bohannon Avirett of Lithia Springs; one daughter and son-in-law, Lori Avirett-Mackenzie and her husband, Ken, of Atlanta; two grandchildren, Mathilda Avirett-Mackenzie and Henry Avirett- Mackenzie; caregivers, Frances Sims and Kathy Eaves. The family will receive friends at Jones-Wynn Funeral Home in Douglasville, Monday, August 31, 2015 from 11:00 AM until 12:00 PM. Funeral Services will be conducted Monday, August 31, 2015 at 12:00 PM at the Chapel of Jones-Wynn Funeral Home in Douglasville with Rev. Elaine Puckett, Rev. Frank Boone and Rev. Ken Stephens officiating. Interment will follow at Oaknoll Memorial Gardens in Rome at 3:00 PM with Military honors by the U.S. Army Honor Guard. In lieu of flowers, memorial contributions may be made to the Alzheimerâs Association, 1925 Century Blvd, NE, Suite 10, Atlanta, Georgia 30345-3315. Messages of condolence to the family may be sent at www.jones-wynn.com. Jones-Wynn Funeral Home & Crematory of Douglasville is in charge of arrangements. 770-942-2311

Honor the life of Abner Avirett

Please share a condolence, photo or memory of Abner. We welcome all condolences that are positive and uplifting that will help family and friends heal.