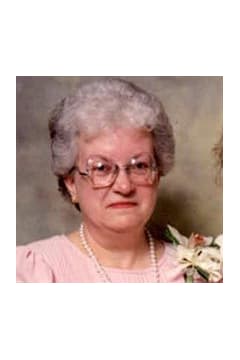 Mrs. Abbey Jane Eggert Warren, 78, of Douglasville, Georgia passed away Wednesday, November 30, 2016. She was born May 2, 1938 in Nashville, Tennessee the daughter of the late Mr. Edwin Carl Eggert and the late Mrs. Emma Lucille Duke Eggert. She was a homemaker and devoted to her family. She worked as a florist at Annâs Florist for many years. She was a devoted member of the First Baptist Church of Douglasville where she was very active in the childrenâs ministry. In addition to her parents, she was preceded in death by her brother, Edwin âSonnyâ Eggert. She is survived by her husband of 54 years, William Stembridge Warren, Jr. of Douglasville; daughter and son-in-law, Lucy and Scott Mercer of Lithia Springs; three sons, Will Warren of Douglasville, Thomas C. Warren of Red Bank, TN, and Edwin A. Warren of Villa Rica; two grandchildren, Laura Mercer and Lindsey Mercer; several nieces and nephews. The family will receive friends at Jones-Wynn Funeral Home in Douglasville Sunday, December 4, 2016 from 1:00 PM until 3:00 PM. Funeral Services will be conducted Sunday, December 4, 2016 at 3:00 PM at the Chapel of Jones-Wynn Funeral Home in Douglasville with Dr. John Pennington officiating. Interment and Graveside Services will be conducted Monday, December 5, 2016 from 12:00 PM at Georgia National Cemetery in Canton. Messages of condolence to the family may be sent at www.jones-wynn.com. Jones-Wynn Funeral Home & Crematory of Douglasville is in charge of arrangements. 770-942-2311

Honor the life of Abbey Warren

Please share a condolence, photo or memory of Abbey. We welcome all condolences that are positive and uplifting that will help family and friends heal.